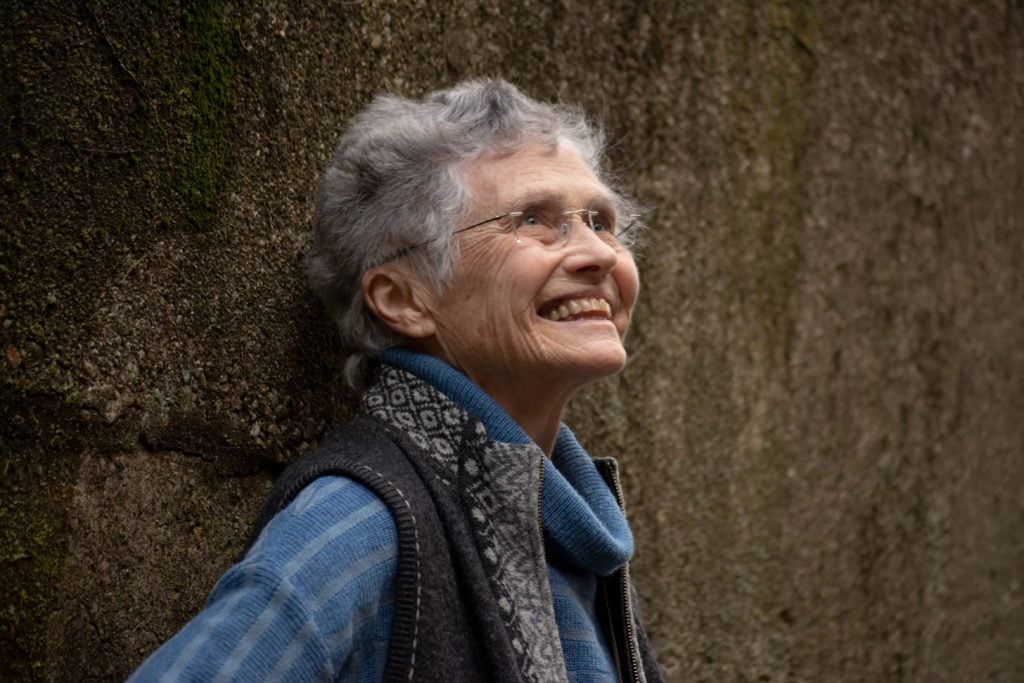 Born in New Zealand in 1939, Annea Lockwood moved to England in 1961, studying composition at the Royal College of Music, London, attending summer courses at Darmstadt and completing her studies in Cologne and Holland, taking courses in electronic music with Gottfried Michael Koenig. In 1973 feeling a strong connection to such American composers as Pauline Oliveros, John Cage, the Sonic Arts Union (Ashley, Behrman, Mumma, Lucier), and invited by composer Ruth Anderson to teach at Hunter College, CUNY, she moved again to the US and settled in Crompond, NY. She is an Emerita Professor at Vassar College.

During the 1960s she collaborated with sound poets, choreographers and visual artists, and also created a number of works such as the Glass Concerts which initiated her lifelong fascination with timbre and new sound sources. In synchronous homage to Christian Barnard’s pioneering heart transplants, Lockwood began a series of Piano Transplants (1969-82) in which defunct pianos were burned, drowned, beached, and planted in an English garden.

During the 1970s and ’80s she turned her attention to performance works focused on environmental sounds and life-narratives, often using low-tech devices such as her Sound Ball, containing six small speakers and a receiver, designed by Robert Bielecki for Three Short Stories and an Apotheosis, in which the ball is rolled, swung on a long cord and passed around the audience. World Rhythms, A Sound Map of the Hudson River, Delta Run, built around a conversation she recorded with the sculptor, Walter Wincha, who was close to death, and other works were widely presented in the US, Europe and in New Zealand.

Since the early 1990s, she has written for a number of ensembles and solo performers, often incorporating electronics and visual elements. Thousand Year Dreaming is scored for four didgeridus, conch shell trumpets, and other instruments and incorporates slides of the cave paintings at Lascaux. Duende, a collaboration with baritone Thomas Buckner, carries the singer into a heightened state, similar to a shamanic journey, through the medium of his own voice. Ceci n’est pas un piano for piano, video, and electronics merges images from the Piano Transplants with Jennifer Hymer’s musings on her hands and pianos she has owned, her voice being sent through, and colored by the piano strings.

Other recent work includes Vortex commissioned by Bang on a Can for the All-Stars; a surround-sound installation, A Sound Map of the Danube; Luminescence, settings of texts by Etel Adnan for Thomas Buckner and the SEM Ensemble; Gone! in which a little piano-shaped music box, attached to 20 helium balloons, is released from a concert grand and floats off over the audience playing, in one case, Memories. Jitterbug, commissioned by the Merce Cunningham Dance Company for the dance eyeSpace, incorporates Lockwood’s recordings of aquatic insects, and two improvising musicians working from photographs of rock surfaces. Poems by three of the prisoners in Guantanamo Bay are the focus of In Our Name, a collaboration with Thomas Buckner for baritone voice, cello, and ‘tape’.

Much of her music has been recorded, on the Lovely, XI, Mutable, Pogus, EM Records (Japan), Rattle Records, Soundz Fine (NZ), Harmonia Mundi and Ambitus labels. She is a recipient of the 2007 Henry Cowell Award. 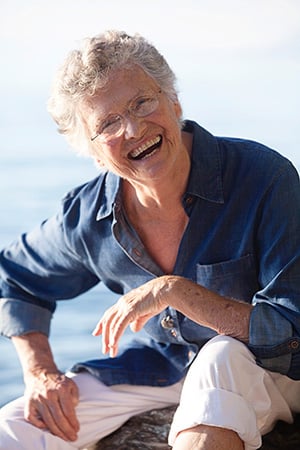 Born in New Zealand in 1939 and living in the US since 1973, Annea Lockwood is known for her explorations of the rich world of natural acoustic sounds and environments, in works ranging from sound art and installations, through text-sound and performance art to concert music. Her music has been performed in many venues and festivals including: the Possibility of Action exhibition at MACBA Barcelona, De Ijsbreker, the Other Minds Festival-San Francisco, the Walker Art Center, the American Century: 1950 – 2000 exhibition at the Whitney Museum, the Los Angeles County Museum, Queen Elizabeth Hall, the Westdeutscher Rundfunk, CNMAT Berkeley, the Asia-Pacific Festival, Donaufest 2006 Ulm, the Donau Festival Krems, the 7th Totally Huge New Music Festival Perth, Ear To The Earth Festival – New York and Sonic Acts XIII.

Her sound installation, A Sound Map of the Danube, has been presented in Germany, Austria, and the USA. This is a surround ‘sound map’ of the entire Danube River, incorporating a wide variety of water, animal and underwater insect sounds, rocks from the riverbed, and the voices of those whose lives are intimately connected to the river. Other recent projects include Ceci n’est pas un piano, for piano, video and electronics commissioned by Jennifer Hymer; Jitterbug, commissioned by the Merce Cunningham Dance Company, a six channel soundscape with two improvising musicians; and In Our Name, a collaboration with Thomas Buckner based on poems by prisoners in Guantánamo. She was a recipient of the 2007 Henry Cowell Award. Her music has been issued on CD and online on the Lovely Music, Ambitus, EM, XI, Rattle, Lorelt, and Pogus labels.